ALL FOR
THE GOOD
OF THE
WORLD AND
NOSOVICE

ALL FOR THE GOOD OF THE WORLD AND NOSOVICE

The feature-length documentary film is a quirky portrait of a Czech village, which has – as the locals call it – a UFO in the form of the Korean carmaker’s, Hyundai’s, factory. The village, which is famous primarily for sauerkraut and Radegast beer, has turned into an industrial zone as a result of the biggest greenfield investment in Czech history. Many of the owners of the fields, where the car factory stands today, tried hard to refuse to sell their land. They were pressured by neighbours and an anonymous letter, which posed a death threat to the resisting farmers and their families.

Vít Klusák went back to Nosovice to film a year after the dramatic purchase of the land, at the time when the factory was beginning to churn out cheap cars. Through seven characters, the film weaves a playful and chilling portrait of a place that was suddenly and irreversibly transformed beyond recognition. 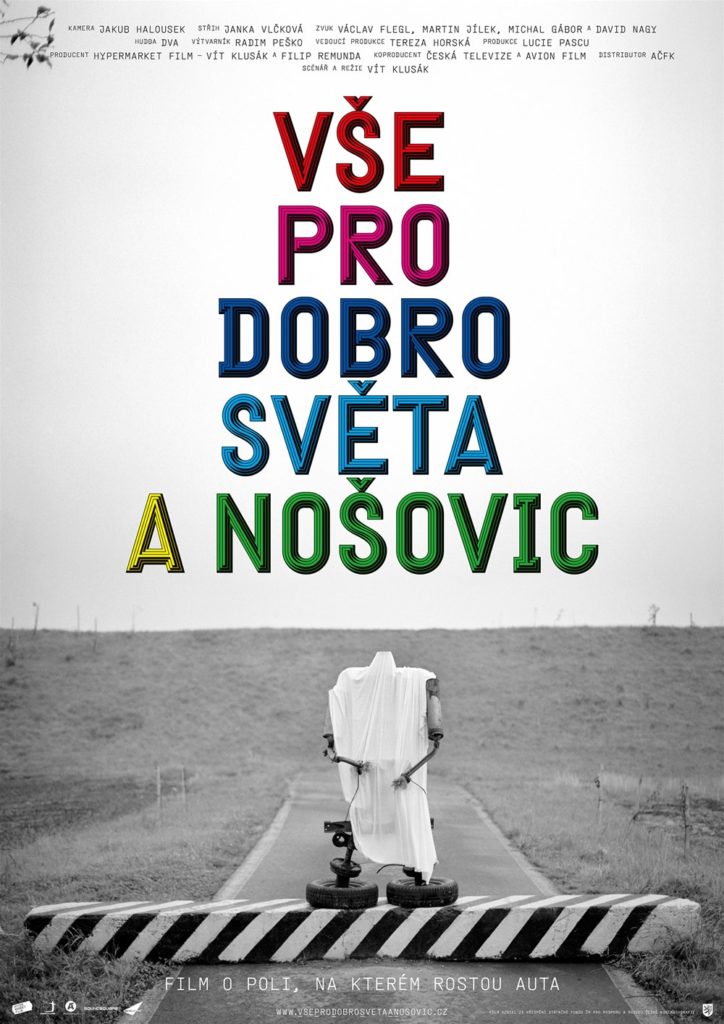 Written and Directed by: Vít Klusák